​​​​​
Habits
Subterranean termites build distinctive tunnels, often referred to as "mud tubes," to reach food sources and protect themselves from open air. They use their scissor-like jaws to eat wood 24 hours a day, seven days a week. Like other termite species, subterranean termites also feed on products containing cellulose. Subterranean termites swarm in the spring when groups of reproductive termites go off to start new colonies.

Habitat
Subterranean termites live in underground colonies with as many as two million members. They are also found in moist secluded areas above ground.

Threats
Subterranean termites are by far the most destructive termite species. The hard, saw-toothed jaws of termites work like shears and are able to bite off extremely small fragments of wood, one piece at a time. Over time, they can collapse a building entirely, meaning possible financial ruin for a homeowner. If you suspect a termite infestation, contact Bugs Out pest Control Today (973) 228-7378. 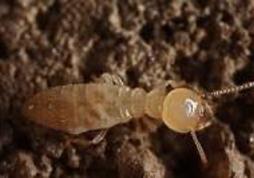 Habits
Unlike most termites, the conehead termite does not rely on underground tunneling to travel. Instead, they forage on the ground like ants, allowing them to spread quickly.

Habitat
Conehead termites build dark brown "mud" tubes and freestanding nests on the ground, in trees or in wooden structures. The nests can be up to 3 feet in diameter and have a hard surface of chewed wood.

Threats
Conehead termites are an extremely aggressive termite species known for causing widespread property damage in a short period of time. Additional research into the species and treatment options are critical to controlling this destructive pest's spread, or else millions of dollars in damage can be expected. 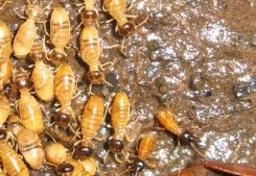 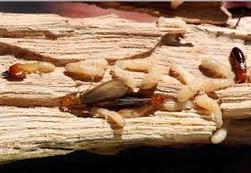 ​​
Habits
Drywood termites form colonies of up to 2,500 members. Unlike subterranean termite species, drywood termite colonies do not have a worker caste, as the work is done by immature termites before they reach adulthood. Drywood termites usually swarm on sunny, warm days after a sudden rise in temperature.

Habitat
Drywood termites infest dry wood, like that found in attic framings. They can be transported to new locations via an infested piece of furniture, a picture frame, etc.

Threats
Drywood termites can chew through support beams, floors and walls, causing expensive home repairs. In fact, drywood termites and other termite species cause a collective $5 billion in property damage each year.

Bugs Out Pest Control have been eliminating Termite infestation in New Jersey.  Residential, commercial, and industrial for over 10 years. They've helped thousands of residents and business owners locate and extinguish the source of the infestation before becoming widespread. Call today for a free consultation 973-228-7378. 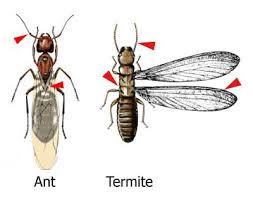 CONEHEAD TERMITES
Conehead termites are an invasive species native to the Caribbean that was first introduced to the U.S. in 2001. They were originally called "tree termites," but were renamed conehead termites to alleviate the misconception that this pest is only found in trees.

DRY WOOD TERMITES
Drywood termites can be avoided by making sure firewood and scrap wood is stored at least 20 feet from the home. Another drywood termite treatment tactic is to seal all cracks and crevices around the foundation of the home. Homeowners should also routinely inspect the property for signs of drywood termites, paying special attention to window and doorframes, trim, eaves, siding and attics.