Bugs Out Pest Control provides a wide variety of services available to protect your Home and Business from termites, ants, mice, roaches, fleas, ticks, bedbugs, silverfish, centipedes, earwings or any harmful pests. We also provide lawn, tree and shrub care - So when comes to your property we have you covered inside and Out! 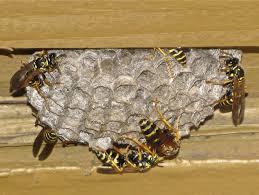 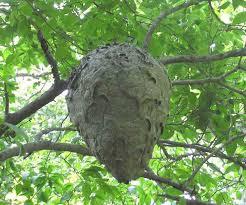 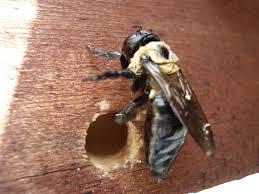 Carpenter bees look like typical bumblebees but often lack yellow stripes. This type of stinging bee gets its common name from its habit of boring into wood like a carpenter.

Habits
Unlike bumble bees, carpenter bees are solitary insects. The adult carpenter bees hibernate over winter, typically in abandoned nest tunnels and emerge in the spring to feed on nectar.

Habitat
Carpenter bees do not live in nests or colonies. Instead, female carpenter bees bore circular holes through soft wood to lay eggs and protect their larvae as they develop.

Threats
Carpenter bees are a serious property threat, as they can cause structural damage over time if left untreated. Male carpenter bees can be territorial and may hover in front of one's face aggressively, but they have no stinger and these actions are merely for show. Female carpenter bees do have a potent stinger, but it's rarely used. 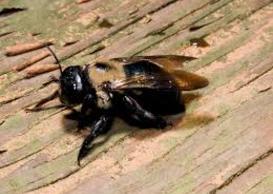 The bald-faced hornet is a relative of the yellowjacket and gets its common name from its largely black color and mostly white face. This stinging insect is named a hornet because of its large size and aerial nest.

Habits
Bald-faced hornets are social insects, although not true hornets. They live in colonies that may contain between 100 and 400 members at their peak. They usually appear in late summer when populations are largest. Unlike other stinging insects, bald-faced hornets do not reuse their nests season after season.

Habitat
Bald-faced hornets build paper nests at least three or more feet off of the ground, usually in trees, shrubs, on overhangs, utility poles, houses, sheds or other structures. These nests can be as large as 14 inches in diameter and more than 24 inches in length. 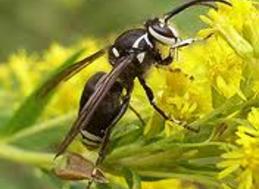 There are several species of yellowjackets. These flying insects typically have a yellow and black head/face and patterned abdomen.

Habits
Yellowjackets are social insects that live in nests or colonies with up to 4,000 workers. They are most active in the late summer and early autumn when a colony is at its peak. Yellowjackets feed on sweets and proteins, and therefore commonly invade outdoor events.

Habitat
Yellowjackets can be found anywhere humans are found. They build paper carton nests out of chewed up cellulose, which are usually found in the ground or in cavernous areas such as eaves and attics.

Threats
Yellowjacket stings pose significant health threats to humans, as they are territorial and will sting if threatened. They are known to sting repeatedly and can cause allergic reactions. Yellowjackets and other stinging insects send over 500,000 people to the emergency room each year. 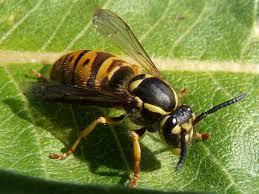